The most challenging issue you can have with any machine is one that is inconsistent.

The problem pops up and you work around it, believing that it was just an anomaly. Then after a while it comes back.

This on again, off again scenario has you going in circles. You cannot get a handle on what is happening, and you never trust that it is repaired.

That is exactly what happened to me after buying our farm’s first brand new tractor in 2002. My dad was old school and purchased his equipment used. That ended up being an inefficient way to farm but it made you a good mechanic.

As our farm started to transition more to my control, one of my first investments was in a new tractor; one with a front loader that was easy to remove.

Prior to that we had a John Deere with a loader that they claimed was removable, but the frame was filled with hydraulic oil.

For the most part you needed a football team-worth of helpers to get it off. Thus, I never witnessed that tractor without the loader on it.

I was smitten by the quick attach loader on my fresh-from-the-factory New Holland; with its ability to be taken on and off at will. Thus, I listened intently to the salesman’s instructions when he delivered it to the farm.

He told me that I can make two mistakes: not removing the loader up against a sold object and not moving the control levers to release the pressure before removing the fittings. And I was informed that I would only need to make those mistakes once before I learned my lesson. I did and paid the price for it, but never again.

All was well, the loader was in the shed and the tractor was configured for farming.

December rolled around, and I came home from a business trip to a snow storm. I could now try out my new equipment for snow removal; all I needed to do was put the loader back on.

I started the tractor and pulled it into position and then killed the engine to hook up the four hydraulic lines… two went together, the third with a real struggle and the fourth simply would not.

A potpourri of emotions came over me. I was disappointed, frustrated, confused, embarrassed and angry. The hydraulic fitting had failed, or so I thought, and the machine was only six months old.

It did not take long for me to glean that the pin on the male hydraulic end was not releasing, so I hit it with a rubber mallet. I was sprayed with hydraulic oil, but it went on and the snow got plowed.

Over the subsequent sixteen years I was inconsistently faced with the same issue with no rhyme or reason to why it was happening. I became pretty good at hitting the hose end against the frame of the loader to get the pin to move but was stymied.

Fast forward to about four months ago when Dale Maney, the inventor of the Hose End Chamber contacted me. He had the answer to my sixteen-year-old problem and explained to me what was happening.

The hydraulic fluid in the detached implement, in my case the loader, was expanding from thermal expansion and was building pressure in the system hoses and cylinders. This was not only creating the connection issue but was putting the attachment’s hydraulic system in peril since it was constantly being exposed to an escalating internal pressure. 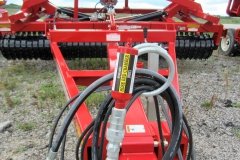 The answer was simple, the Hose End Chamber was all that was required. Connect it to the quick disconnect on the attachment’s hydraulic line and it worked like a degas bottle on an engine’s cooling system, creating a place for the expanding fluid to go so that it does not create pressure.

An invention born of frustration

Having a background in agricultural equipment sales, Maney often had issues connecting the hydraulic lines for attachments that were not in use. 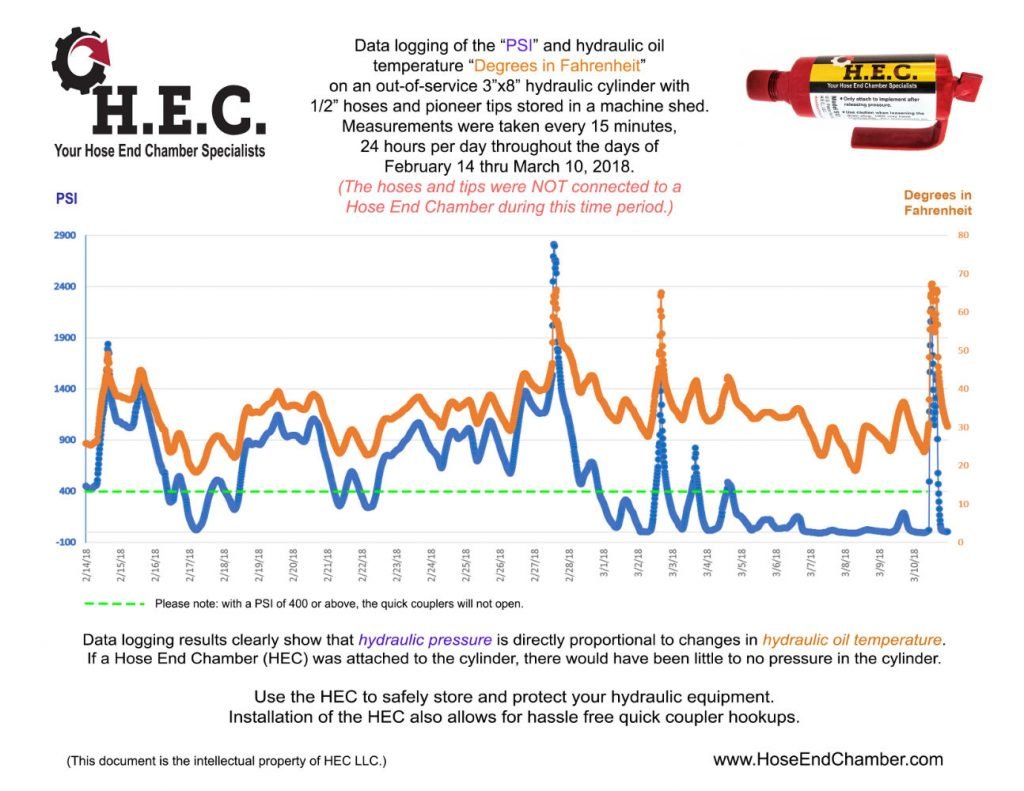 He found that the hydraulic system of a sitting attachment or farm implement can house a pressure of over 3,500 psi. This would make it impossible to connect the lines without releasing the pressure first.

His testing revealed that any residual pressure over 400 psi would make it impossible to connect the hydraulic lines; or more importantly, cause unnecessary stress on all the seals and hoses. 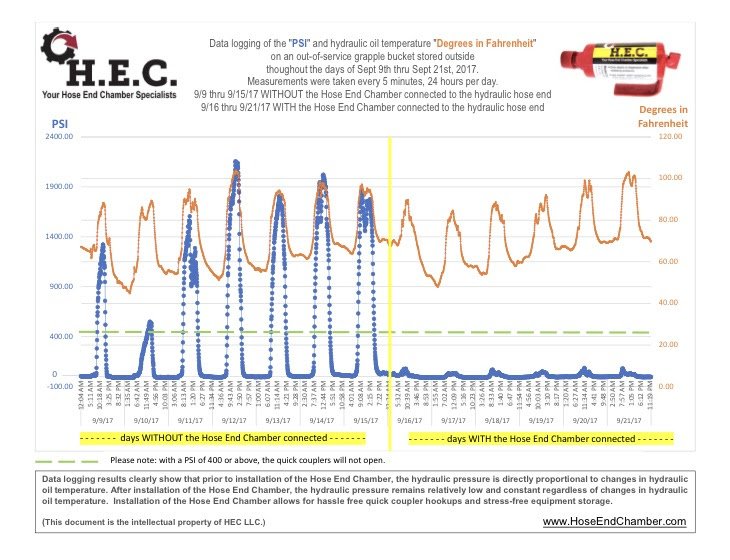 He told the Farm Machinery Digest the following:

“I’m a business owner and ex-diesel and hydraulics technician who has been in the equipment field for over 35 years.

During that time, customers have been having issues when it comes to reattaching hydraulic hoses from any implement or attachment but are generally too ashamed to admit that.

No one really knew what to do about it and the problem went ignored.

As an equipment owner and operator, dealing with this issue became more important when it was happening to me.

Having a tree moving company with multiple tree spades plus other equipment, I was always having trouble reattaching the hydraulic lines on my hydraulic pod trailer to the truck.

The way I use this trailer is that I load the trees I need to haul the next day into the pod trailer, then hook up the truck and trailer to be able to leave early the next morning.

In the morning, I leave for the customer’s location where I would level the tree trailer pods hydraulically, then unhook the truck and go about transplanting the trees for a couple of hours.

When I would come back to reattach the hydraulic lines, they would be rock hard from the pressure increase due to thermal expansion.

I would only be able to reattach them by first getting a couple of wrenches out of the truck to take the quick coupler off the end of the hose to bleed the excess pressure.

I was also noticing leaks being caused by the extreme pressure building up in the system.

To install anything permanently into the hydraulic system would add considerable cost plus it would also negatively alter the performance.

What I came up with is quick, relatively inexpensive and easy to use on any hydraulic implement or attachment–the Hose End Chamber. 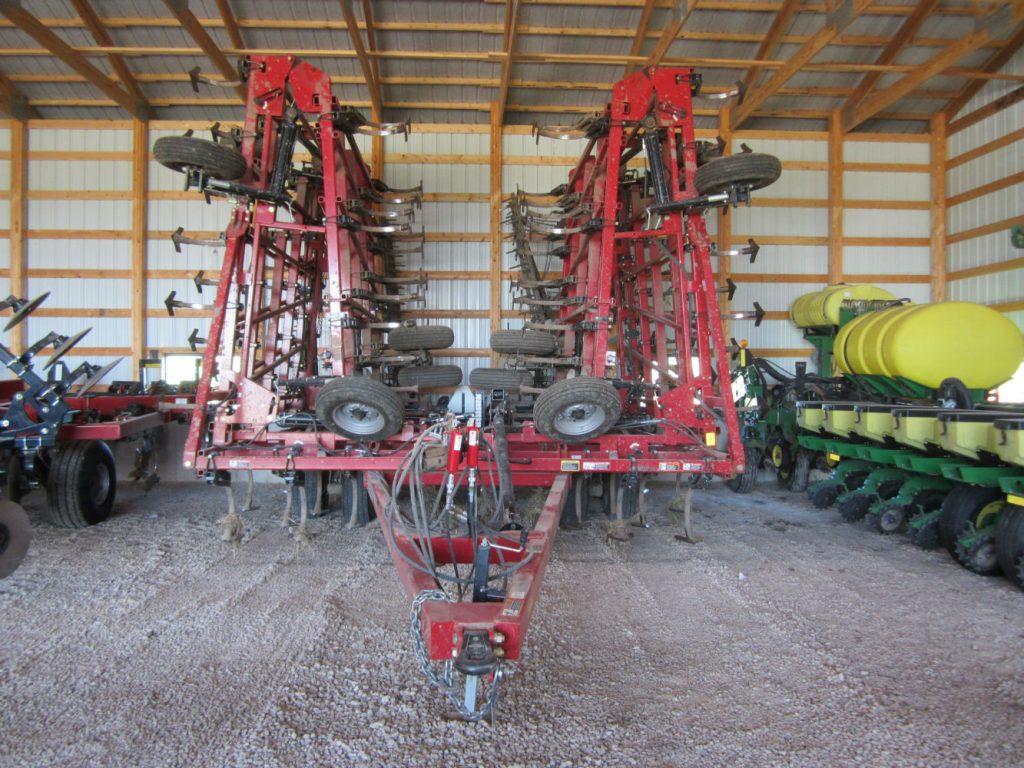 The Hose End Chamber is an expansion chamber attached via your own quick coupling onto the hose end at the very time you are unhooking the attachment.

Just let it hang there until the next use, at which time you unhook the Hose End Chamber, reattach your implement, and go back to work.

Simple, easy, and very effective. The only solution is prevention. This also removes the strain from the system while it’s out of service instead of subjecting it to pressures that can go higher than actual operating pressures.”

The Hose End Chamber comes in two different sizes and is beautifully made and designed in America.

All I can say is that it works! After sixteen years my problem is solved.

Hot Rod Farmer: You WORE ME OUT!!!

Hot Rod Farmer: Baby it is COLD OUTSIDE….