Home » Flags Across the Harvest #9

Flags Across the Harvest #9

I cannot tell you when it took hold, my love for license plates that is. I believe it was sometime around 1980. I was always interested in them, but I then became enthralled with that simple piece of stamped steel.

When my parents began to court (does anyone court today or do they just hook-up?) my dad had a well-used Lincoln coupe with a V-8. I never heard the Lincoln run. By the time I came around its living quarters were delegated to the rear of our bank barn. Why it ended up there I never knew.

Back in the day when you visited a tourist destination such as Niagara Falls or traveled to another state, there were window decals sold that would identify the location.

The closest modern-day ancestor is the map of the United States found on many recreational vehicles with a decal for every state visited.

The rear passenger and quarter windows of the Lincoln were adorned with destinations such as Quebec, Canada; Niagara Falls, N.Y.; Newport, Rhode Island and Luray Caverns in Virginia, to name a few.

When my mom and dad married, they bought a brand-new Dodge Coronet and traveled to Florida on their honeymoon. The four-door green Dodge proudly wore these automotive versions of a passport stamp but featured locations in the southern states.

If I remember correctly, a similar approach was taken with a suitcase and identified the person as a seasoned traveler.

Countless times growing up I would ask my parents to describe the places they had been, but I always did it separately. I wanted to hear each parent’s tale of the adventure as remembered and not a homogenized version. I would then dream about someday being able to go there and other locations even more exotic.

A license plate was and still is a well-spring of feelings for me. In many instances the plate will have a phrase, design or scene that depicts life in that state.

Existence there is often in stark contrast to where I live on the east coast.

When I was a kid it was common for the license plate to be marked with a year; it would need to be turned in for another, every twelve months.

Imagining roads that were so uncrowded that it was economically feasible to produce a license plate for only one year is almost unfathomable today.

Often the state would choose to not have a saying or picture on their license plate. As a boy just seeing the name of a faraway place was enough to create a wander lust in me and conjure up ideas of life there.

California had nothing special on their license plate back then. It was black with orange letters neatly stamped and raised. In California the license plate used to stay with the vehicle when sold. Used car lots were filled with tagged vehicles, unlike what we did back east.

A car or truck is built in a defined location but can be sent anywhere. The license plate is what makes it a native to that state.

I would imagine the places and things that the license plate and the vehicle it was attached to had experienced that were so different from what I knew.

In many ways I thought of that steel stamping as having life and being an entity that spoke only to me.

I would stand and stare at it and in my young mind see visions of wheat fields stretching to the horizon, the majesty of the Grand Canyon, being in a Michigan factory or hearing the wind blow on a Colorado mountain top.

Over the years I have had many beloved license plates.

Today, the technology exists to create an awesome license plate that could not be done when I was a child. But these plates are flat and are a one-dimension creation with printed instead of stamped or embossed letters and images.

They look great from a distance but lack the depth of dimension and thus, do not evoke as much emotion as the versions from years gone by. 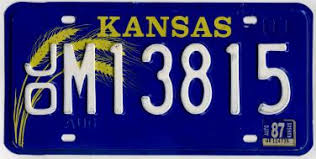 The license plate that has forever held my heart was issued by the state of Kansas in the late 1970s. The first time I saw it was when we were taking my older sister to school in Kansas City. I believe they used the design until the late 1980s. It was very simple. 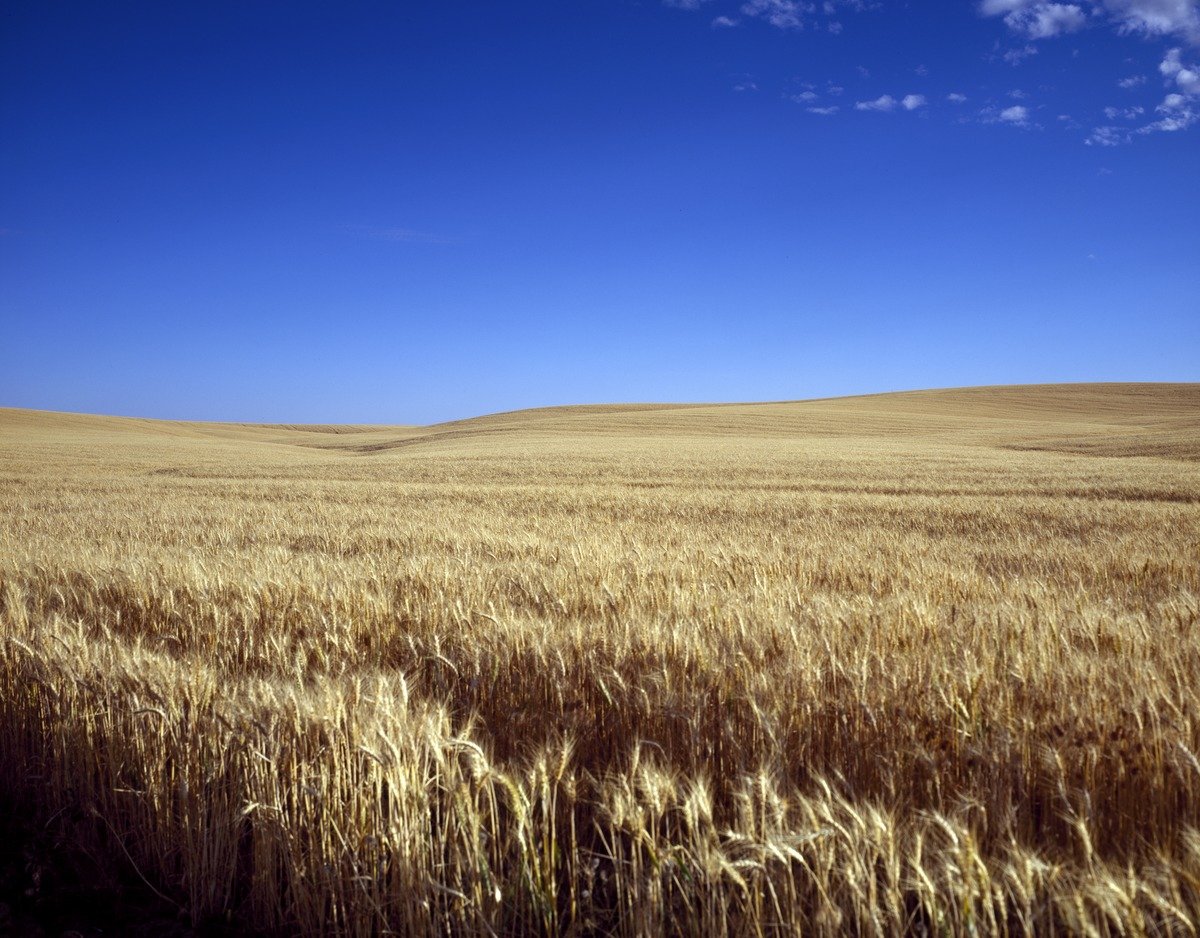 To anyone that knows rural, western Kansas, the sky there is blue like nowhere else. It is punctuated by golden colored wheat when the time for harvest is near.

The contrast of the blue sky with a ground cover of wheat blowing and waving in the perpetual Kansas wind was captured by the plate designer. The background was Kansas sky blue and the numbers were announced by a piece of wheat, ready to harvest, bowing in the wind.

The first time I saw that beautiful Kansas license plate it was attached to a white 1981 Oldsmobile Cutlass Brougham Coupe with rally wheels and a light blue landau vinyl top.

The car was clean, but the rims had signs of living on a dirt road… dust collected under the trim rings and around the wheel weights. The square front end was covered with bugs from its numerous journeys.

Years later in my brand-new-at-the-time Lincoln, I headed east out of Colorado into Kansas on two lane roads.

On that day the weather could not be more perfect.

Many years prior I had a cassette tape, “An Evening with John Denver”.

On that album was the song, “Matthew”. It told of Kansas and a man who grew up just south of Colby and had endured the devastation of a twister during the Dust Bowl.

The lyrics spoke to my heart and especially the refrain: gold was just a windy Kansas wheat field and blue just a Kansas summer sky.

The joy of those words many need to apply today as they seek to find peace in material possessions.

It was early morning when I crossed into Kansas in my Lincoln when I spotted a sign that stated Colby was 12 miles to my south.

I turned around and headed there. I spent the entire day on the outskirts of a place I knew nothing about other than its mention in a song.

I was blessed to feel the same joy that Matthew experienced as I walked down an unknown dirt road with the blue sky above me and the wind talking to my soul through the sound of the dancing wheat.

It vividly depicted the image on the license plate that I fell in love with so many years before. That day touched my soul forever.

Hot Rod Farmer: Shaken not stirred was good for James Bond…but NOT when fuel gets in engine oil!