Home » Flags Across the Harvest #13

Flags Across the Harvest #13 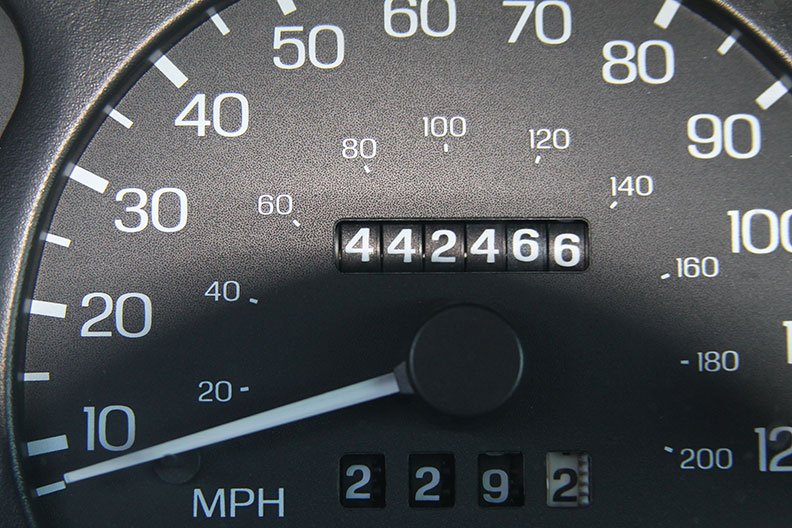 Life has taught me that time is akin to Goldilocks’ assessment of her porridge. Where as the storybook character would state that her breakfast was either too hot or too cold, time either goes too slowly or too fast — it never seems to be just right.

As a student of engineering time can be measured in many ways. Though the most common is with a clock, the rotation of the earth can also be determined in other metrics.

When pertaining to a car it is measured in years, miles and most importantly, memories. We all know that in the automotive world years and miles are not the true bell- weather of age.

If the vehicle is properly cared for then it can be considered young regardless of what the odometer or title states as its birthday. Such is the case with my trusty Ford Escort and the demon of time. It just went too fast for me.

Most if not all of you are unfamiliar with my little car. It is nothing special to the world but this non-descript little Ford has the heart of a lion.

It soldiered on in every type of weather, road condition and situation.

The Escort has been a blessing and always delivered me to my destination without a whimper. It has been the main component in my writing career allowing me to go where I needed without ever breaking down or causing me to miss an appointment.

It has done this for the better part of 500,000 miles now. It shows little sign of slowing down. If that is not special, then I do not know what is.

I remember bringing it home in the rain on August 17, 1998. I parked it on the ramp leading down into the cornfield across from my parent’s house.

I went to get my dog Sparky and show it to him. When he spotted it he stopped in his tracks since he believed it was a stranger trespassing. I told him that everything was OK, that was our car now. He wagged his tail, preceded to look the Ford over and as a final gesture before going into the cornfield to look for a groundhog… he gave it a lick on the rear bumper cover. Who knows maybe that lick is what made the Escort what it was?

Subsequently the Escort and I became as one. It took Charlotte and me to the church to get married and then on our honeymoon. It went on countless business trips, vacations and mental health rides. The Escort was responsible for bringing home my beloved pet chicken Emily, taking Charlotte’s dog J.C. home from the vet with a dire diagnosis and then to her final resting place behind our house on the farm. It transported my dad to the hospital for treatments in his seven-year battle against cancer and then my family to his funeral. In like fashion it served silently as Charlotte’s mom took ill and went to her eternal home.

That little car was always there for us during both happy and sad times — the definition of a true friend.

I owe it to the Escort to provide it with a life of leisure after a fulfilling career. Out of respect it needs to be put on a pension plan. Not that it is unreliable, but it is more prudent for it to wander not so far. The days of it running out I-80 1,000 miles or more should be curtailed because if something were to happen, it would be burdensome to get her home.

Since it was new, I was the only one that wrenched on the Ford. It is a one mechanic car and I do not plan on changing that. The Escort is now on an invisible 100-mile tether.

Filling the Escort’s shoes was not going to be an easy task. The journey in anticipation of this sorrowful day began a number of years back.

In 2013 a new addition arrived in the Bohacz garage to be parked right next to the Escort so they can talk. The Rookie (Ford Fiesta) as the Ox Cart (the Escort’s name) calls it, is all-ears as it is told of the wanderlust its elder has enjoyed. The conversation goes on in the still of the night when only cars can talk and no one else can hear.

With giddy anticipation The Rookie cannot wait to return from a sojourn to tell the Ox Cart where it has been. As a true mentor the Ox Cart listens and enjoys the enthusiasm of youth discovering the world.

The interesting thing is both The Rookie and the Ox Cart are so alike. The fuel tanks are within 4/10 of a gallon of each other. The overall length between ½ inch and the engines are only 23 cubic inches apart. The Rookie has six forward speeds to the Ox Cart’s four.

Maybe it is age, but the Ox Cart is a little shorter and wider than the youngster but so am I these days.

My wife and I have shown The Rookie what it is like to enjoy the open road. It accumulated 148,000 miles in wanderlust excursions the past few years. It proudly wears its covering of bugs on the front bumper and dirt road dust on its hindquarters.

It has been to Nebraska, Wyoming and South Dakota numerous times along with many trips to the Eastern Corn Belt and beyond.

The Rookie has proven very road worthy and has averaged 50 mpg on these excursions with a best of 56.2 mpg.

Its oil pan is filled with 5W-20 Mobil 1 and a road atlas is in the back seat.

The Ox Cart has proudly passed the torch.