Home » Why you may need an adjustable flow PCV valve

Why you may need an adjustable flow PCV valve 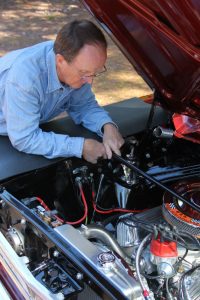 Every farm has an older gas engine in a truck or some other application that is still good but is not being used since it has some running problems. The cause may be the PCV circuit.

An engine needs to have the crankcase ventilated. It can be thought of as opening the windows in a room to let the stale air out and the fresh air in.

The crankcase requires a method to relieve any pressure that is built up in the oil pan. If this pressure is not released, the engine will leak oil out of most if not all seals and gaskets. Another important reason for being ventilated is to remove the harmful blow-by gasses that leak past the piston rings and get into the oil.

When mixed with the engine oil the byproducts of combustion degrade the lubricant and can cause corrosion of internal parts. In addition, it is imperative that any moisture/condensation that was formed be removed. If left unchecked the moisture will mix with the oil and blow-by and create sludge.

The amount of blow-by an engine has is directly linked to the effectiveness of the piston ring seal. This in turn is impacted by but not limited to: 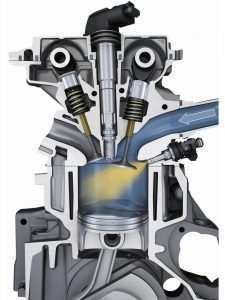 • Concentricity of the bore

• End-gap of the piston ring

When an engine is running some of the combustion pressure leaks past the ring package and enters the crankcase. 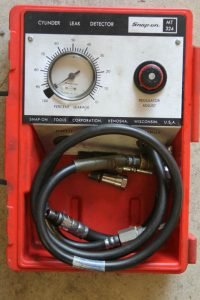 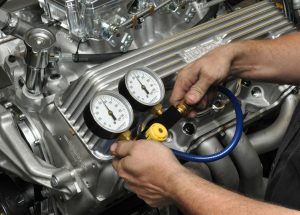 A metric to quantify ring seal is a cylinder leakdown test. This is different from a compression test that measures the pressure in the bore created by the piston moving in its stroke (pumping action). In contrast, a leakdown test has the piston in a defined static position. Air at 100 psi is introduced to the bore via a test instrument. The meter then registers the amount of leakage as a percentage.

Depending on the use, age and design of an engine, the acceptable leakage can range from 5% to 20%; a high mileage or hour engine will see the latter figure. The lower the leakdown percentage the better the ring seal. In turn there is less blow-by.

It is important to note where the air leakage is occurring. This is done by listening. Air escaping from the induction track or the exhaust identifies poor sealing of the intake and exhaust valve(s), respectively. If air is heard in the dipstick tube or valve cover, it is from blow-by.

Though blow-by is the main cause of pressurizing the crankcase it is not the only one. The movement of the crankshaft and especially the pistons as they travel downward are contributors to the need to have a means to ventilate the crankcase via the PCV system.

The original method to allow the crankcase to breathe was called an open system. As the need to lower the emissions on an engine produced became apparent, the closed system was developed. 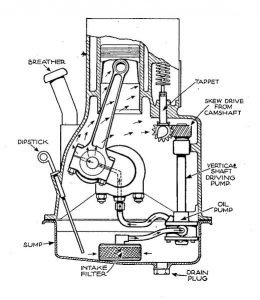 General Motors invented the PCV system. It was determined that 20% of the emissions emitted from an engine and fuel system were rooted in the open ventilation design. The PCV was brought to market on GM engines for the 1963 model year. Shortly thereafter the rest of Detroit followed suit.

Many of us know the open system as the old blow-by or road draft tube. It was a very simple design that employed the natural pressure differential of the air under the hood versus that going by the road draft tube. The air usually entered the engine at the highest point via a breather in the valve cover. The clean air then coursed or pushed out the blow-by but was greatly aided by the siphoning effect of the air moving across at a perpendicular angle to the opening of the road draft tube.

The problem with this system being that at slow speeds or during idle there was no draft created and thus, little ventilation of the crankcase. In addition, the blow-by was entering the atmosphere.

It was deemed that the blow-by gasses are a pollutant that if reintroduced into the combustion process can be burned and ultimately eliminated or at the least, greatly reduced.

The early closed system was not a PCV since the letters represent Positive Crankcase Ventilation. The first closed system worked almost like the open system but instead used the low-pressure region in the engine’s air cleaner to create the draft and allow the blow-by to enter the induction path. 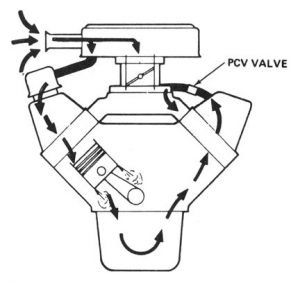 The GM invented PCV system took advantage of the greater depression (low vacuum) that is found in the intake manifold with it being controlled by a valve (the PCV) that employs a pintle, seat and spring to work against.

The PCV valve is made with either a variable or a fixed orifice along with a spring-loaded plunger that is acted on by engine vacuum.

When the engine is off the valve would be closed. Then under normal or light-load driving the valve would be open sufficiently to purge the crankcase of both fumes and pressure with little restriction. Under very high vacuum such as at idle or when the engine is coasting with the throttle closed, the plunger is spring loaded in the opposite direction and the flow is limited via an internal bleed orifice.

This is done as to not allow the PCV to alter the air/fuel ratio greatly and impact how the engine idles and runs corresponds to the throttle being reopened when the coast down situation ends.

An additional function of the PCV system is to eliminate any moisture build up (condensation) that can form in the engine, especially one that experiences short-cycle use. 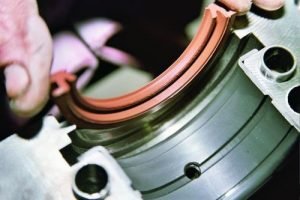 The PCV system can be thought of as a controlled manifold vacuum leak. It needs to balance the bleeding of the vacuum from the intake manifold with the ability to purge the blow-by and pressure from the crankcase.

Factory designed PCV systems also employ a baffle under where the valve resides to not allow the high velocity airflow to suck up engine oil.

The factory PCV system is a wonderful design. Yet, it is often the root cause of problems. It shows itself as an engine prone to oil leaks and oil vapors under the hood along with upsetting the way the engine performs.

If I had a dollar for every carburetor that was replaced or blamed for a driveability or idle issue that was created by the PCV, I would be a rich man. How can this be? Let me explain.

When an engine is developed the manufacturer goes through great lengths to design and calibrate the flow of the PCV system for that application, and the systems works superbly.

Now the owner goes to the auto parts store to buy tune-up parts and purchases an aftermarket PCV. The outside looks the same and it fits but the flow rate for blow-by and vacuum is not correct for the engine.

It is impossible for an aftermarket company to make a valve with the proper flow rate for every engine. What they market is a generic design that they package into a different enclosure so that it mounts properly.

Sometimes you win, and all is well.  Most times there is a negative impact on the engine with the only question being how great and how does it present?

When it comes to older engines found on the farm, purchasing an original valve is no longer possible for two reasons: the engine is long out of production; the amount of blow-by and engine vacuum are different since the engine has now many years of use on it. 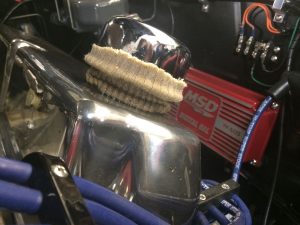 Excessive crankcase pressure can be seen with oil pushing out of a breather.

The PCV valve if not correct also impacts the carburetor calibration beyond idle. It must be recognized that the circuits of a carburetor employ a building block approach; the idle circuit has impact on the main metering circuit and so on.

If you have a PCV valve with an excessive amount of flow (vacuum) or does not transition in a linear manner, you can spend a good deal of time trying to compensate for this by playing with the carburetor and ignition timing to no avail.

If you have an engine that is suffering from any or all the aliments I listed previously, then there is a very good chance that the PCV valve that is installed has the wrong flow rate or vacuum response/transition.

When I found out about the M/E Wagner DF-17 tunable PCV valve I became extremely excited. It is a part that the industry should have invented forty years ago and never did. 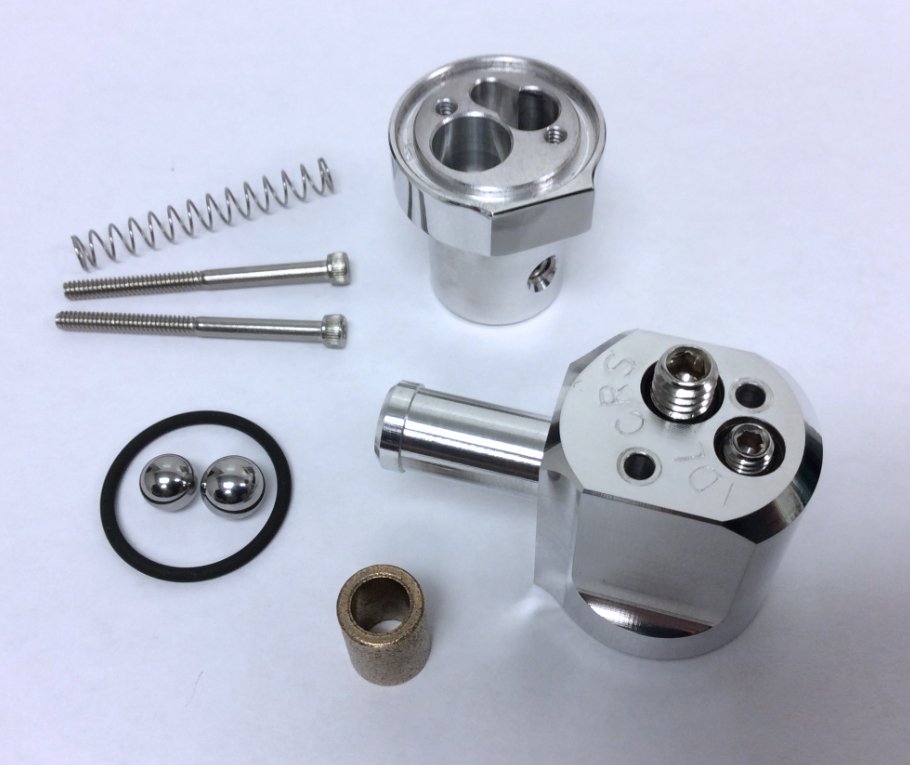 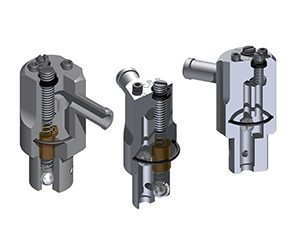 The DF-17 is beautifully machined in the USA from aircraft grade aluminum. The real story is that it offers almost infinite adjustability for flow rate and vacuum transition response. 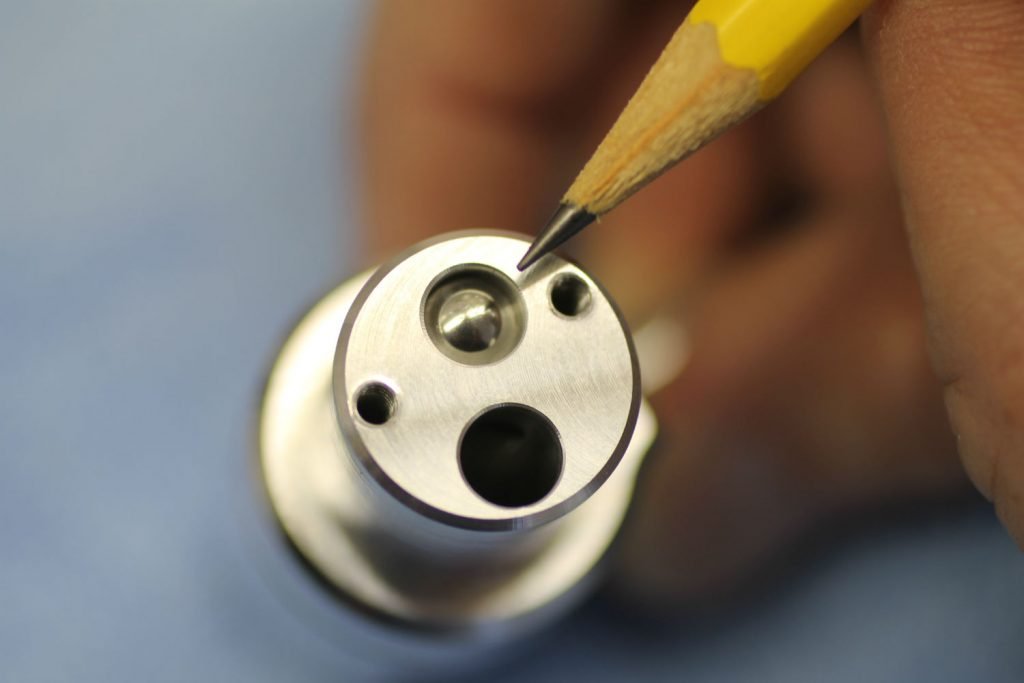 The design replaces the pintle/plunger with two check balls. It can also be configured into a fixed orifice mode for engines that have very low or unstable vacuum.

It has the unique ability to offer what is known in engineering as two degrees of freedom (adjustability). The idle flow rate and idle to cruise transition vacuum level can be calibrated separately. 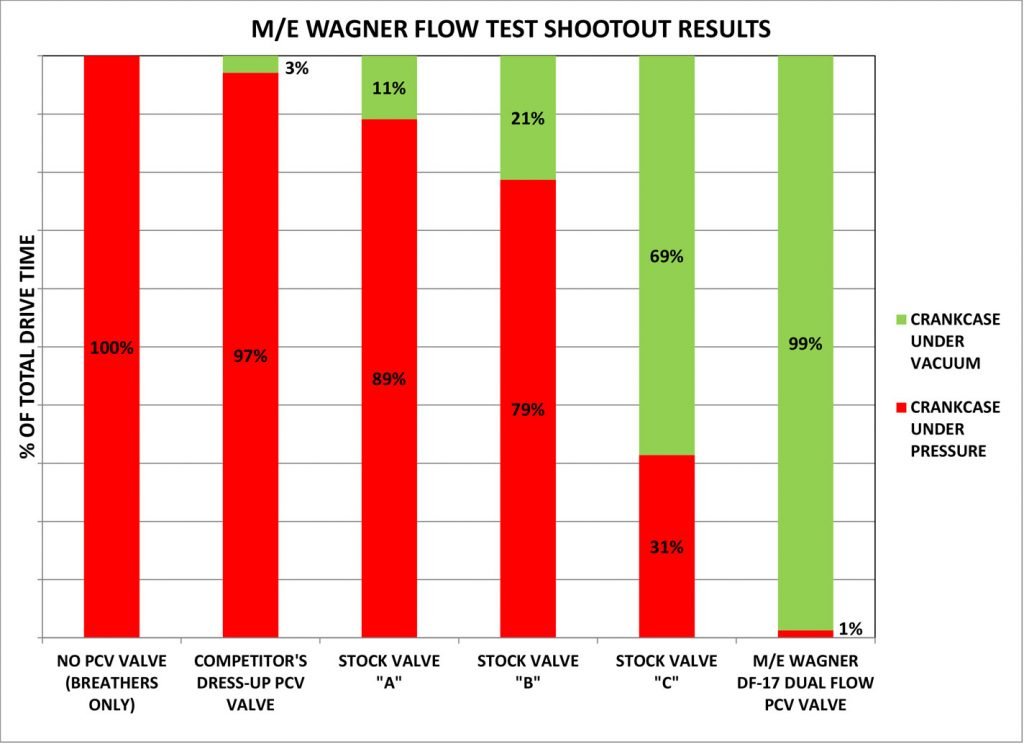 It is important to add that the development of this valve was not a hit-or-miss venture. It was rooted in a major investment in laboratory testing that was supplemented with countless hours of on-engine research. 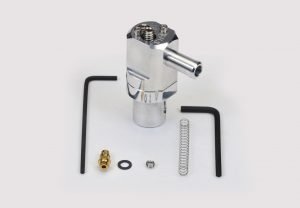 The DF-17 is designed to fit every domestic engine that has been built the last 60 years. It is very easy to calibrate with a simple vacuum gauge. M/E Wagner provides in-detail and easy to understand instructions and live technical support.

Retailing for $129.00 the DF-17 at first blush may sound expensive for a PCV valve. I can say with confidence that it is one of the best investments that you can make to an older farm engine; ending ventilation related oil leaks, dirty engine oil and poor drivability once and for all. You can put that engine back into service, where it belongs!

Hot Rod Farmer: Don’t get snookered in to the NAME GAME!!

Why an intercooler must be washed.

Hot Rod Farmer: What to get the hot rod farmer in your life for Christmas 2022.

Why an intercooler must be washed.

Hot Rod Farmer: What to get the hot rod farmer in your life for Christmas 2022.